Community investments have been made by Ekopia in the following projects:

The wind park project has enabled us to produce all our electricity needs and become a net exporter to the grid.

The Community operated a Wind Park division, incorporating a 75kW windmill, from 1989 to 2006. It traded successfully and this turbine generated nearly 1.5M units of electricity, and saved 2,000 tons of CO2 emissions.

The next stage for this project was the 2002 creation of a new company called Findhorn Wind Park Ltd. This raised £600,000 and erected three additional turbines, and the project now has a total installed capacity of 675kW. These new turbines came into operation in March 2006 and were a major step toward self-sufficiency in renewable energy for the Ecovillage.

We are currently exploring a small expansion of the existing capacity.

Ekopia’s investments in Findhorn Wind Park Ltd. are in the form of voting shares in the company.

The Ekopia Board of Directors has identified the Wind Park project as a Medium-high risk investment with the risk likely to reduce over time.

New Findhorn Direction Ltd. is the Findhorn Foundation’s wholly-owned trading company. In 2003 Ekopia lent this company over £100,000 to support a new visitor eco-chalet project and also as part of the ongoing development of the caravan park, Ekopia has invested a further
£60k for the purchase of three new Eco-pods in March 2020.

The Findhorn Foundation is an educational charity which we provide support to from time to time.

Both these investments have been identified as a Medium Low risk by the Ekopia Board. 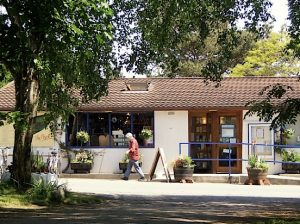 The Community Buy-out of Phoenix Community Stores Ltd. was completed on 31.8.2001. Offering a wide range of whole foods, books, music and crafts the Phoenix has a turnover in excess of £1,000,000 per annum. In 2016 the business became a ‘community interest company’ and is now known as Phoenix Findhorn CIC.

Ekopia members investing a minimum of £500 for five years in this project will receive a discount for purchases made there, and 5% interest depending on the Phoenix’ trading performance. We have so far raised £162,926 for re-investment in the Phoenix.

Ekopia owns 47% of the voting shares in Phoenix Community Stores Ltd. and is the largest shareholder in the company. The remaining voting shares are held by other stakeholders including the directors and NFD Ltd.

These shares are classified as medium-high risk by the Ekopia board.  After a number of difficult years there has been a significant improvement in trading conditions and a part- payment of interest was paid on investments in 2017 and we anticipate a full payment in 2021 and beyond. We are currently exploring the possibility of a new shop building with our other stakeholders in the project.

The Ekopia Board have identified the following general risk categories :